“One can be a game changer.”

Growing up, Angela Nicole Powell watched as her father advocated for the deaf community in Pontiac. “A lot of my fight comes from him,” she explains. “Seeing what he was doing for his community, how he was trying to make it better for them, inspired me.”

Her father’s work in the community is all the more impressive when you consider that he and Commissioner Powell’s mother had the equivalent of a fifth grade education. “Yet they managed to create a lovely life for us, a middle class life, and we were fairly sheltered,” she recalls. “I loved this city when I was growing up—we’d ride our bikes all over town, there were community carnivals, and a real family atmosphere. Everyone was helping to raise us kids, together. But it doesn’t feel like that anymore, and that’s one of the things that I want to help bring back to Pontiac.”

After graduating from Pontiac Northern, Commissioner Powell first went to Eastern Michigan University to college before transferring to Oakland University to earn her Bachelor’s of Arts in English. She took a break to raise her family, then became interested in community work. “I’ve always worked in the non-profit, political arena, beginning with my work with Pastor Jones at the Greater Pontiac Community Coalition,” she notes. “That’s where I learned a lot about politics as well as non-profits, under that organization, because we were able to venture into those areas.”

Commissioner Powell then moved into state-level politics. “I started as a community organizer for Michigan’s House of Representatives, then moved into the communications department,” she shares. “After that, I became the political director for the Oakland County Democratic Party and then began working for Pontiac’s current mayor, Tim Greimel, when he was our state representative. Eventually, I decided it was time for me to become an elected official myself.”

Her political work has not taken a back seat to her community non-profit work, however, or her success as a small business owner. Commissioner Powell was instrumental in the Sheriff PAL program, which offers a variety of free youth-oriented activities such as sports, STEM, and wellness programs throughout Oakland County. “I worked with them directly for about four years, but have moved over to being on their board as things slowed down during the pandemic,” she notes. Her perspective on Pontiac and its needs are also shaped by her experiences as a small business owner. “I’ve run a tax preparation business for over a decade now, so that gives me even more insight into both the individual community needs as well as the broader business needs in Pontiac,” she explains.

Commissioner Powell credits the mentors and leaders in her community as instrumental in her development as a community leader herself. “Mattie Mckinney Hatchett used to say, ‘one can and will make a difference,’ and I know that to be true,” she says. “Now, you can’t do everything yourself, that’s true, but you can build a coalition, you can lead the charge.” She also sees her time in Pontiac’s schools as a student athlete as essential training. “I learned leadership skills as a team player, as an advocate for the school district, as my class’ president for all 4 years and then as the student body president for the last two,” she recalls. “Me being in politics, being a leader in the community, doesn’t surprise anyone who knows me—when I won against the incumbent commissioner, they were like ‘of course you did,’” she laughs. “I mean, I did a lot of praying and just left the outcome up to God, and it turned out okay.”

Commissioner Powell’s advice to Pontiac’s youth mirrors her experiences of developing her skills and identity under the influence of strong leadership. “Find someone who is doing something that interests you, and watch them, shadow them. Ask them questions, they’ll love to answer you,” she advises. “Focus on what you want to do, and don’t get distracted. Stay the course and everything will fall into place.”

In terms of where she sees herself in the future, Commissioner Powell sees herself moving more towards her entrepreneurial skills. “I’d love to set up a community lounge, a hub of sorts, to connect us all together,” she says. “I’ve been serving the community since I was a girl, and I love my city! I wouldn’t trade it for the world. God set me here, and I’m doing my best to make Pontiac proud.” 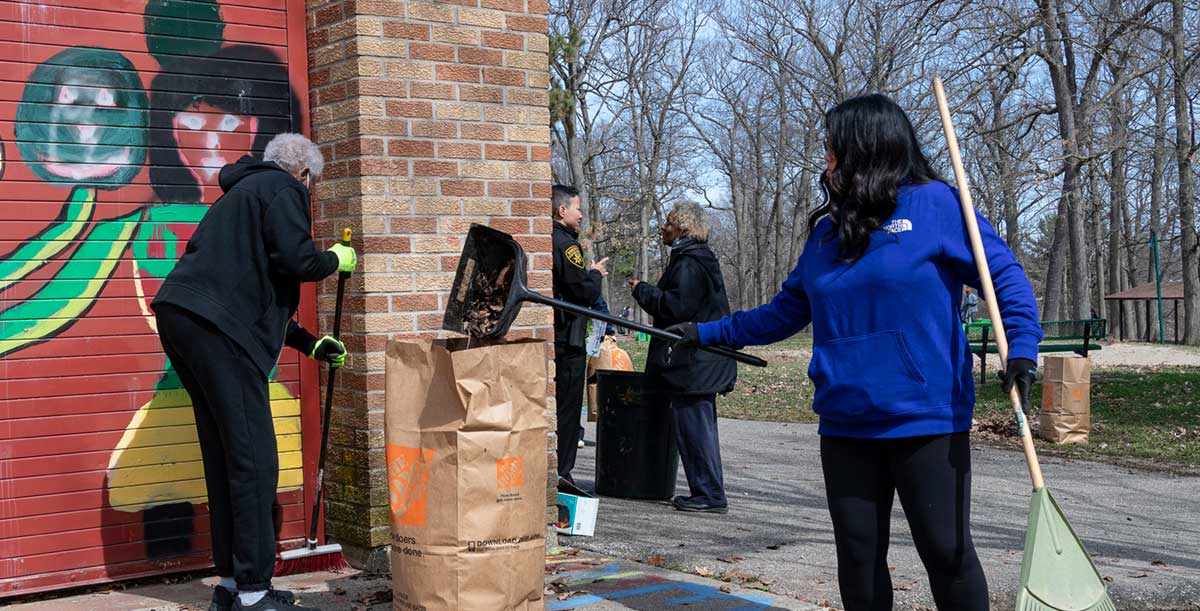